Shiba Inus: The Ups, the Downs, and Everything in Between! 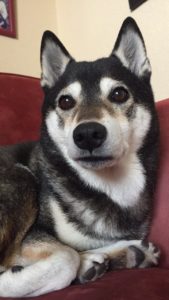 Everything you need to know, from the human of an especially peculiar Shiba Inu.

Shiba Inus are already a favorite breed in their home country of Japan, but they’ve been gaining popularity in the United Sates since their introduction to the country about 60 years ago. The first documented Shiba to enter the United States was imported by a military family in 1954!

Thanks for reading, hopefully you’ve learned something about Japan’s favorite dog! (On top of learning that my Shiba Inu is spoiled rotten.) See you next time!